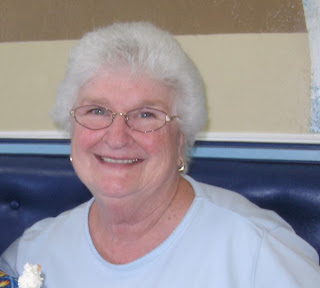 I have lost someone very dear to me. My Auntie Ann recently died of lung cancer. She was the one person in my birth family who kind-of sort-of got me and my creative madness.

I've never been so grateful for the flexibility of my freelance work, because it made it possible for me to spend most of the summer in California, helping my aunt as her primary caregiver. Friends kept commenting on how hard it must have been, but honestly, it wasn't hard until towards the end when she started to fail faster and faster. It was hard to see her slipping away and to know that the only thing I could really do was to let her go.

A few weeks ago, I was showing her some of my recent artwork. She had a bit of a clear stretch where she was aware and cheerful, and she loved seeing my art.

I said, trying really hard not to cry and not really succeeding, "It's funny how, just now, when I'm angry and sad so much of the time, my art just keeps getting more warm and comforting. 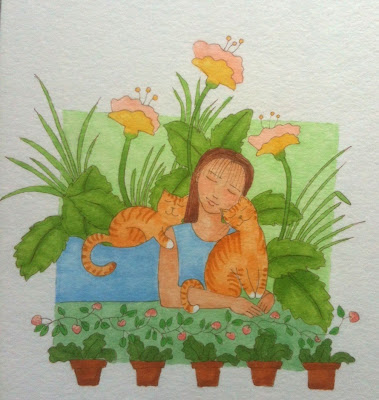 And she said, "Well, honey, you're expressing your love." 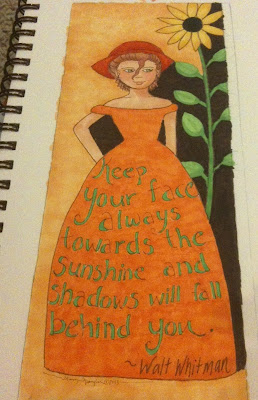 I really was. I started drawing again back in June, while I was there with her. She was still mobile enough to move between her chair and her bed in the living room, and well enough to have company. I decided to enter a competition at the last minute, which is what got me drawing again. When I showed it to her, she was so delighted, it made me blush. She showed it to all her friends that visited her, and that made me blush too.

Each drawing after that wasn't just an expression of my love for her, it was a reflection of the love she gave me, and her belief in me.

Thank you, Auntie Ann. I will miss you.

In a little under three weeks, my show will be going up at the 5th Street Beanery, here in Eugene. I'm excited and nervous and happy. There's nothing like having an actual goal to work towards to provide inspiration, and more importantly perspiration. I'll be putting in a couple of older pieces, but the majority of the work will be pieces that I've created in the last couple of months.

I was trying to think of a name for this collection that would encompass the range of what I'm doing: illustrated quotes, sunny apron girls, and autumnal Gorey-inspired characters. With typical timing, the name "Summer Light/Autumn Shadow" popped up in my head about two minutes before I fell asleep last night.

My goal is to have about thirty pieces ready to go – twenty-five to hang on September 1st, and then a handful of back-up pieces to replace any that sell. I'm about halfway there now.

Oh man, I should have put an owl on the shoulder of the autumn girl in the flyer.


This is a little part of my perfect world: living somewhere soft and warm where you are safe with people you love and trust, and it gives you wings to fly with. 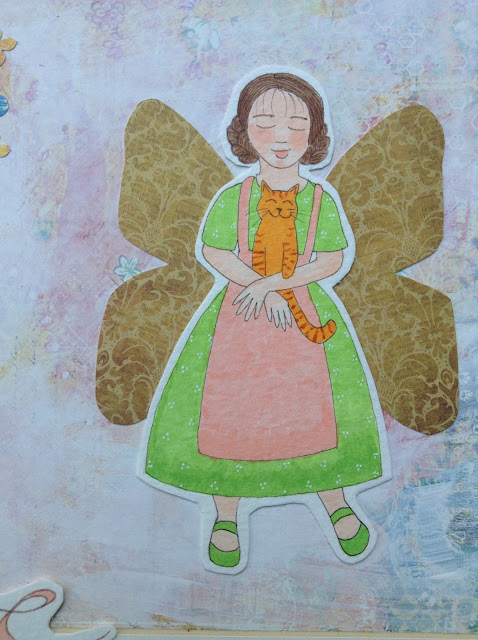 This piece will be part of my show next month at the 5th Street Beanery in Eugene.
Posted by CrowGirl on Saturday, August 03, 2013 No comments:

Why I Want To Be An Artist

I thought about titling this post "Why I Wanted To Be An Artist" but then I realized that would make it sound like I used to want to be an artist and don't anymore, when the truth is that I've never wanted to be an artist more than I do now, which is good because I am an artist, and I want to be what I am and what I've aways been.

Another truth is that I'm fond of long, run-on sentences.

Mort Gerberg, when asked if it was true or false that he had always wanted to be a cartoonist, said "I probably always was one, right from the start, but it took me years before I allowed myself to be one."

That's pretty much true for me, too.

I recently realized that I am actually afraid of making the declaration "I am an artist." Because if I say that, someone might take it away from me. Because when I say that, I am claiming a profession, a calling, that has all kinds of assumptions made about the person following that calling. And I hear an echo of my anthropology advisor from over a decade ago asking me if I'd taken a vow of poverty. True story.

Another true story is that I like sentence fragments. There's a reason this isn't titled "Why I Want To Be A Writer."

It's really silly to be afraid that someone, somehow, will take "being an artist" away from me, because nothing can really do that, as long as I'm alive and breathing. But I had a rough childhood – I'm a survivor in many ways – and making art is what I want most in the world. Back in the day, things I wanted most had a way of being used against me. So I learned to hide what I wanted, even if it meant that what I wanted couldn't be enjoyed. At least then it couldn't be used against me.

I've been hiding for years, in one way or the other. I've been awfully vigilant about compartmentalizing my life, which has always been the safest option. But the thing about hiding is that it limits growth. And the only way to really be an artist – to be anything involving creativity – is to learn and grow and grow and grow.

To be an artist is to either bare yourself to the world, or to become really adept at putting on a series of masks that somehow hide and reveal yourself at the same time. I haven't quite figured that out yet. But I think I'm about ready to stop pretending that I haven't been saying "Here I am, I'm an artist" to the world, and just say it. 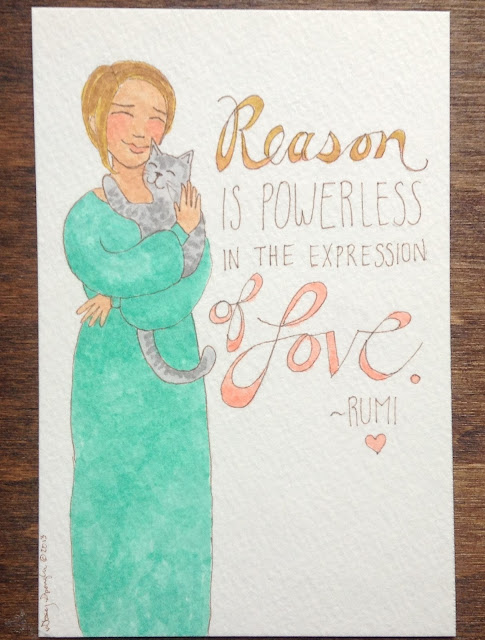