The Power of a "Favorite" 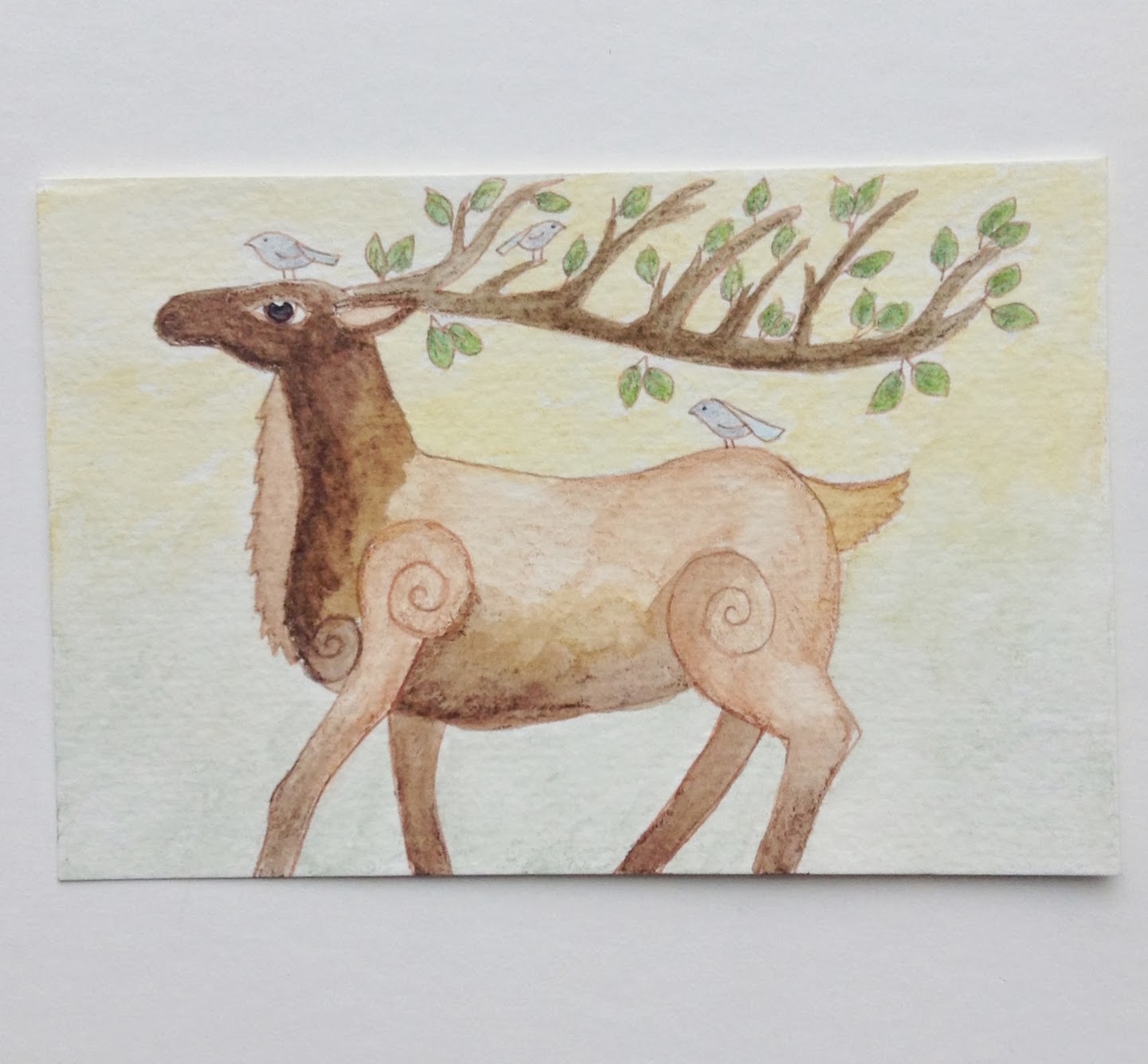 Recently, I added a couple of new original art pieces to my Etsy store. Almost right away, someone favorited this one. I wish I could tell you how much it meant to me that someone took the time to look at it and liked it enough to hit that little button.

A Giveaway from Making Handmade Books 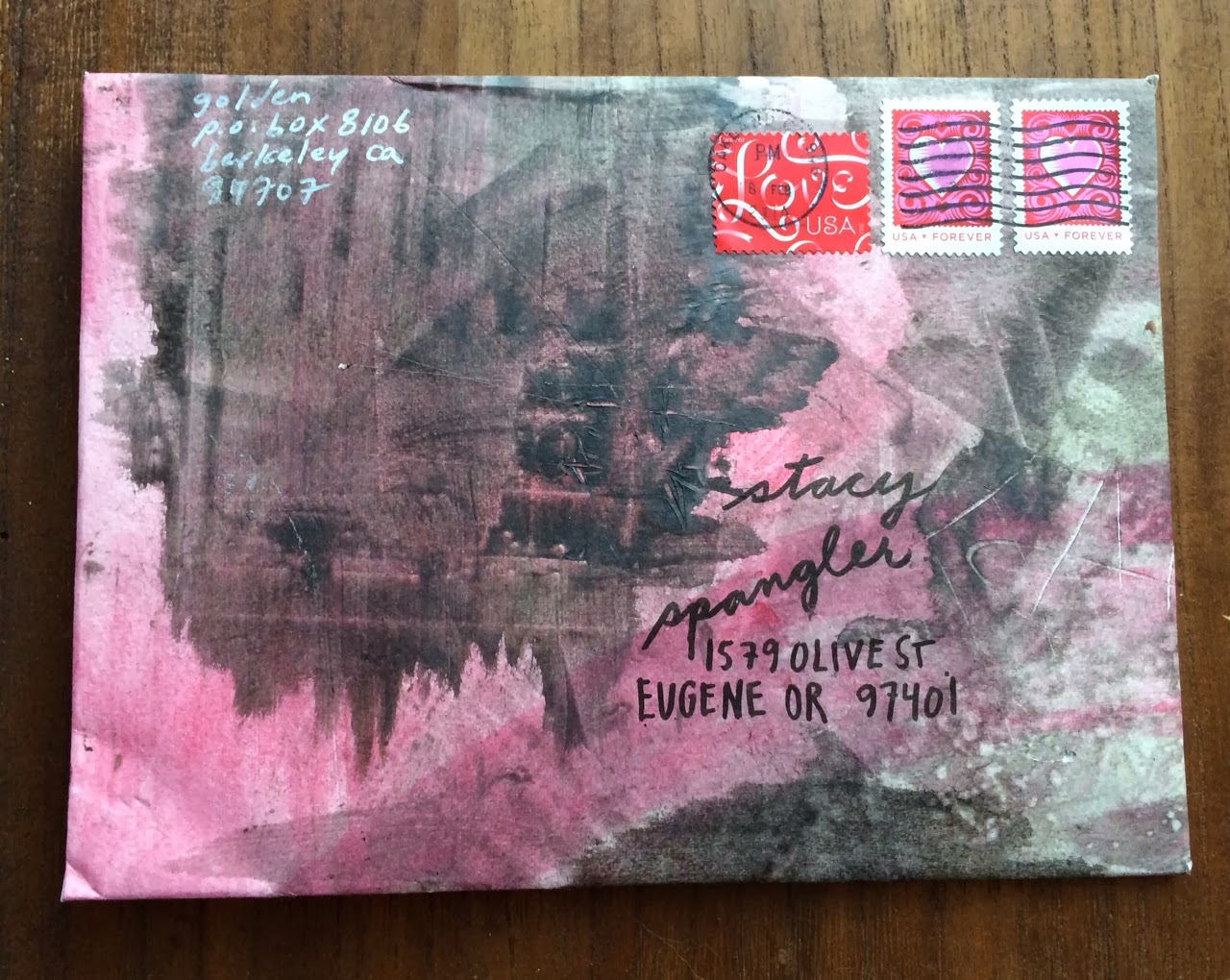 I follow a wonderful blog, Making Handmade Books by Alisa Golden. She is well-known in the world of handmade books and art. I have a few of her books and if you're wanting to teach yourself the art and craft of bookbinding, they are great resources.

A few weeks ago, she did a Mystery Valentine giveaway, with collaged cards that she made back in 1995. I *love* a good mystery, and had the good fortune to be one of the lucky people to receive one. It arrived in a gorgeous hand-painted envelope. 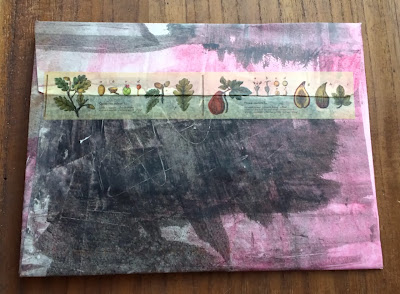 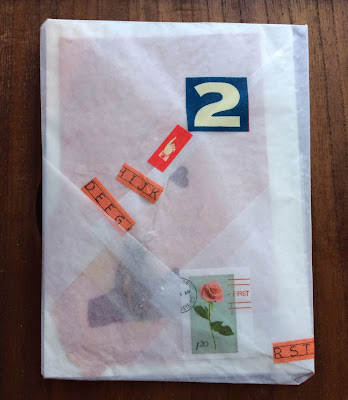 Inside the envelope was the mysterious package that intrigued me from Alisa's blog post. 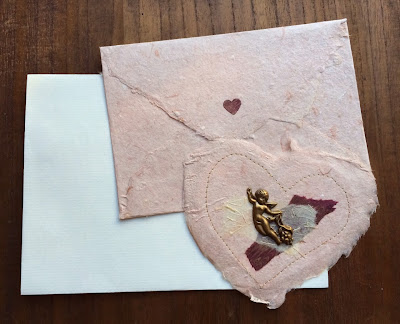 Inside, I found this: a very pretty stitched and collaged valentine on thick blush paper. The paper is infused with a golden shimmer. 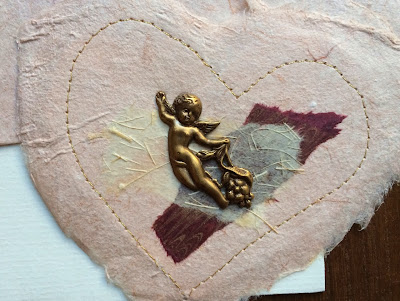 I love the vintage-style metal cupid! 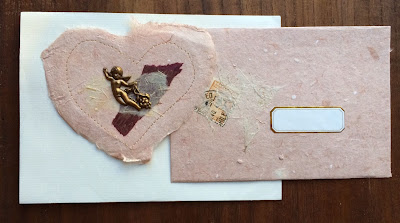 I almost never win anything, so I was incredibly pleased with my good luck this time. And next year, I'll be passing this on to a friend for Valentine's Day, with pleasure.
Posted by Cricket on Saturday, February 22, 2014 No comments:

From The Sketchbook: Complete Within Herself 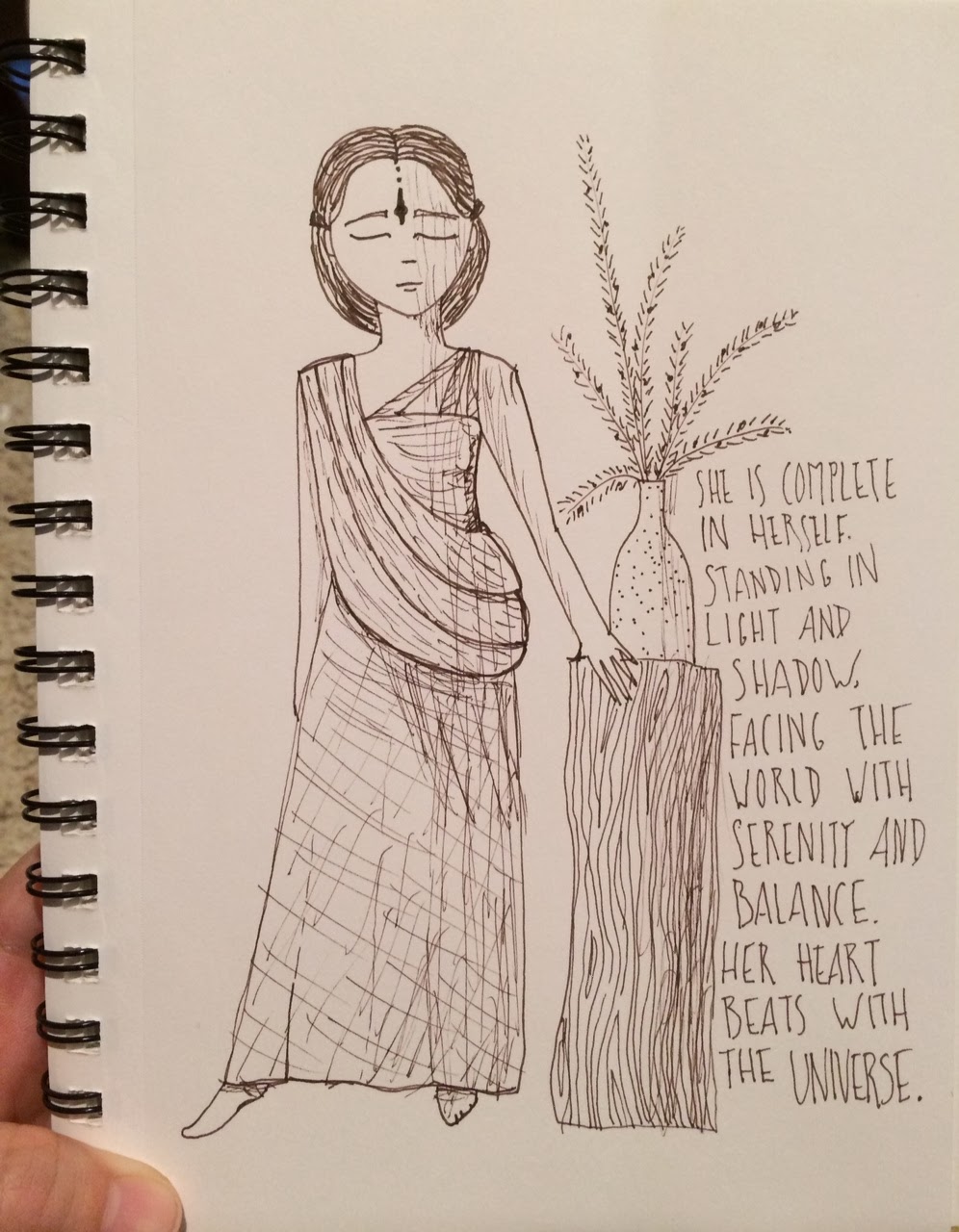 Just a little something from my sketchbook. I haven't been drawing much lately, and I'm trying to change that. I'm happiest with the text, which has exactly the effect I wanted - loose, a little archaic, without referencing any ancient culture in particular.

Posted by Cricket on Wednesday, February 12, 2014 No comments: 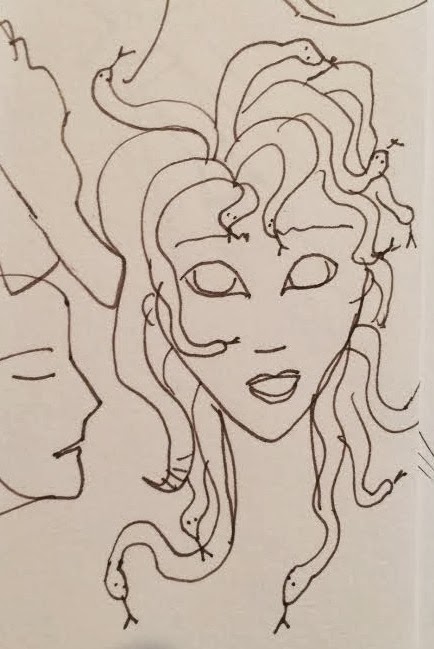 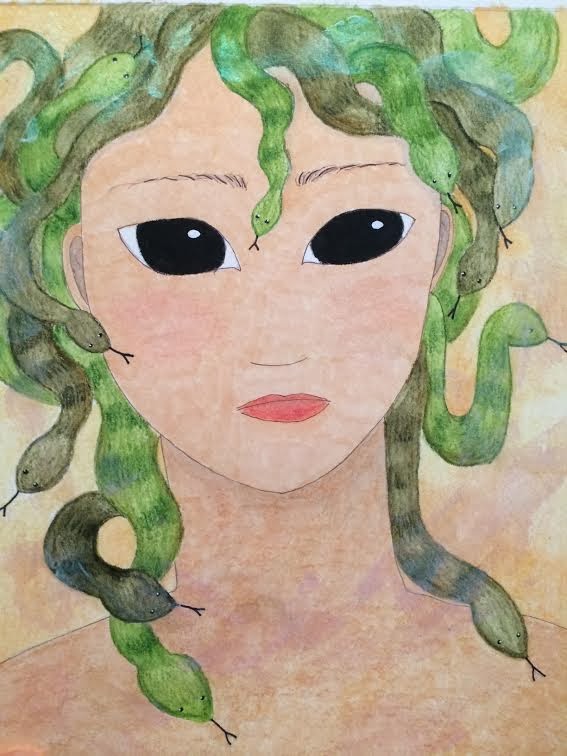 I've been doodling around in one of my throwaway sketchbooks - one of the ones I use when I don't feel like being at all serious about what I'm drawing. It's a good way to work through some block issues, convincing myself that it doesn't matter and it's just for fun. I started drawing some monsters/mythical creatures, like the Sphinx, harpies, angry fairies, and so on. Apart from being an excuse to draw boobs (always fun), I'd like to draw more fantasy art, and this is good practice.

The Medusa popped up in a corner of the sketchbook page, and it made me want to do a more finished version with watercolor pencils. It isn't quite there yet - it's missing something to make it special - but I'm not unhappy with it so far. I layered some iridescent green paint over the pencil as kind of a representation of the power of her gaze. I'm thinking about maybe doing some collaging over it next, adding more mixed media. It's also considerably larger than I usually work for drawings like this, 8"x10".

It's interesting how things changed between the rough initial sketch and the more formal work. They are two very different faces. In some ways, I like the sketch a little better. It's rougher, but it has a vitality to it that I don't feel in the painting. Maybe it's that the snakes are wilder. Maybe it's her open mouth and wider eyes. Both expressions are ambiguous, though, and I like that.
Posted by Cricket on Sunday, February 09, 2014 No comments: