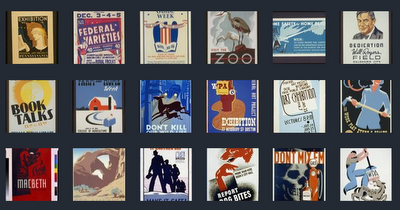 The Library of Congress has a huge collection of WPA Posters online:

The By the People, For the People: Posters from the WPA, 1936-1943 collection consists of 908 boldly colored and graphically diverse original posters produced from 1936 to 1943 as part of Franklin Delano Roosevelt's New Deal.

Of the 2,000 WPA posters known to exist, the Library of Congress's collection of more than 900 is the largest. These striking silkscreen, lithograph, and woodcut posters were designed to publicize health and safety programs; cultural programs including art exhibitions, theatrical, and musical performances; travel and tourism; educational programs; and community activities in seventeen states and the District of Columbia.

The posters were made possible by one of the first U.S. Government programs to support the arts and were added to the Library's holdings in the 1940s.

I am so excited about this that it's almost silly. Good vintage design makes me really happy, though, and I've really been into art deco lately - an aesthetic that many of these pieces have. I look forward to much inspiration from this source in the future. 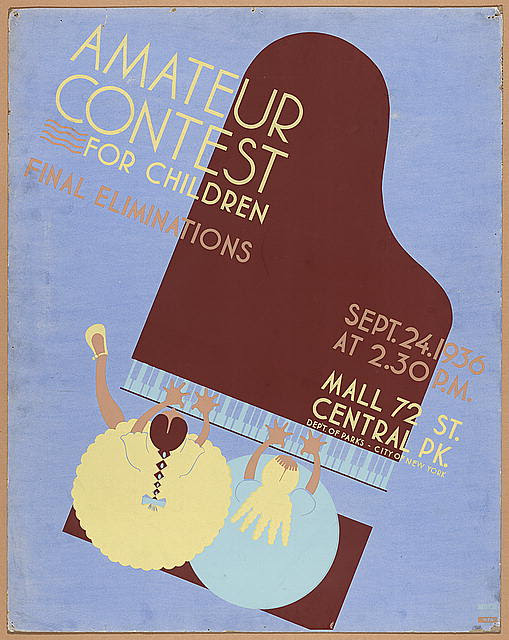